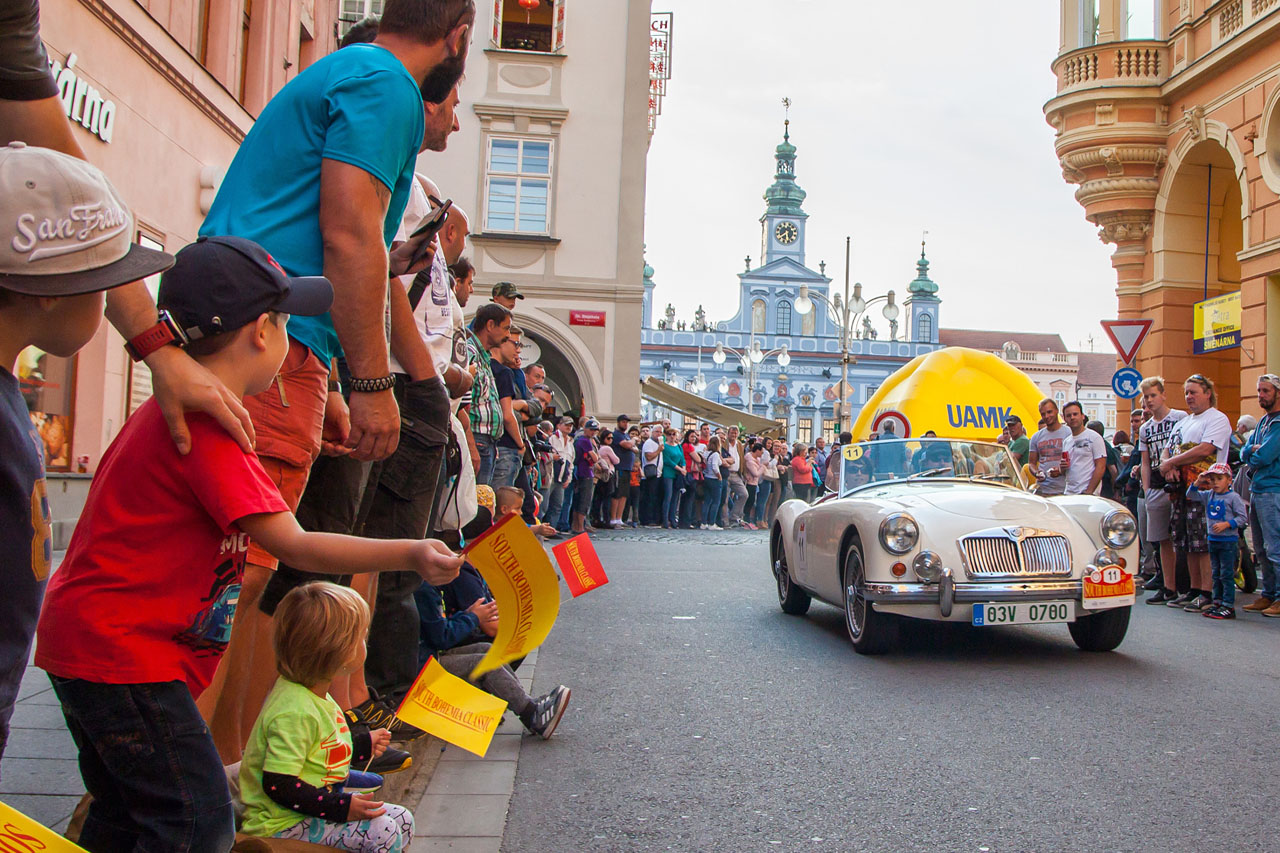 The biggest one-hundredth rally on the territory of the Czech Republic is over. The almost 420 km long route of the 8th South Bohemia Classic 2017 was lined with thousands of excited spectators during September 8 and 9. A record number of participants was watched by people in centres of South Bohemian towns and villages while other spectators also visited the scenic nature near Lipno Dam, Novohradské Mountains or Austrian border area to see 139 crews in classic or sports cars.

It was the crew Albert Pance jr. – Anna Ruthová in their red 1962 E-Type Jaguar who drove successfully through all the 13 regularity tests incl. one secret test, gathering only 361 penalty points. They not only won the absolute victory in the South Bohemia Classic but also enjoyed being declared the winners of the entire Classic Rallye Trophy 2017 during the ceremonial gala evening in Hotel Resort RELAX in Dolní Vltavice.

The second place with a 184 points loss was won by the defending champions Jiří and Renata Vítek, who suffered a technical issue (gearbox of their 1958 MGA 1500 Roadster) just a few hours before the Friday start from Přemysl Otakar II. Square in České Budějovice.

The crew Pavel Huňáček – Vojtěch Formánek fought for bronze with Antonín Šikal – Josef Bezkočka till the last meters of the last test. In the end, the former crew with their 1978 Škoda 110 R succeeded, winning the third place over the 1969 Ford Capri of the latter crew by mere 4 penalty points.

The oldest car at the start, Rover 16HP saloon made in 1938, driven by Austrians Andreas and Jutta Oberweger, had to retire from the competition after several kilometers in the Saturday leg due to persisting technical troubles.

„We wish to thank to all participants, partners, organizers and namely to spectators who lined the route in incredible numbers and who created wonderful atmosphere for the crews. Hats off to the representatives of all cooperating towns and villages who were really helpful and welcomed South Bohemia Classic with open arms. Now we are already thinking about the ninth year of the rallye. We will publish its date during October,“ said Pavel Kacerovský, the event’s Clerk of the Course.